December 27, 2022
A regular journal chronicling the life of Way of the Hunter, its community, and the studio making it

This journal will chronicle the life of Way of the Hunter, our wonderful community, as well as ours inside Nine Rocks Games. Though our intention for the Hunter Log is to give you timely information and updates, we are at the end of a very eventful and exciting year. In other words - it's a good opportunity to paint with a slightly broader brush and summarize.

We spent the first half of 2022 finishing the game and getting ready for the release on August 16th. We took a short break for cake and balloons but from that moment on, it's been a ride chock-full of new content, fixes, and tweaks for the game. 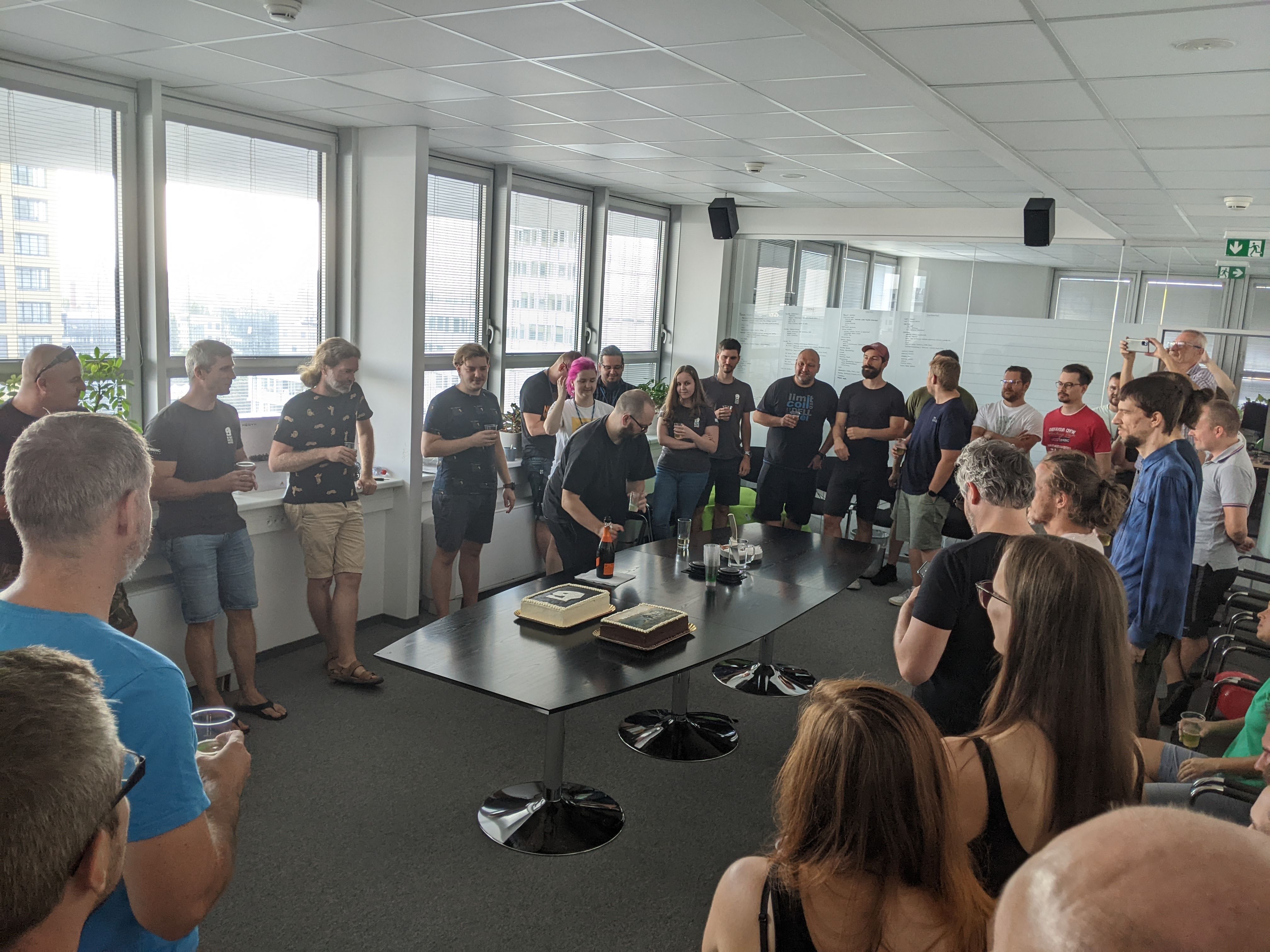 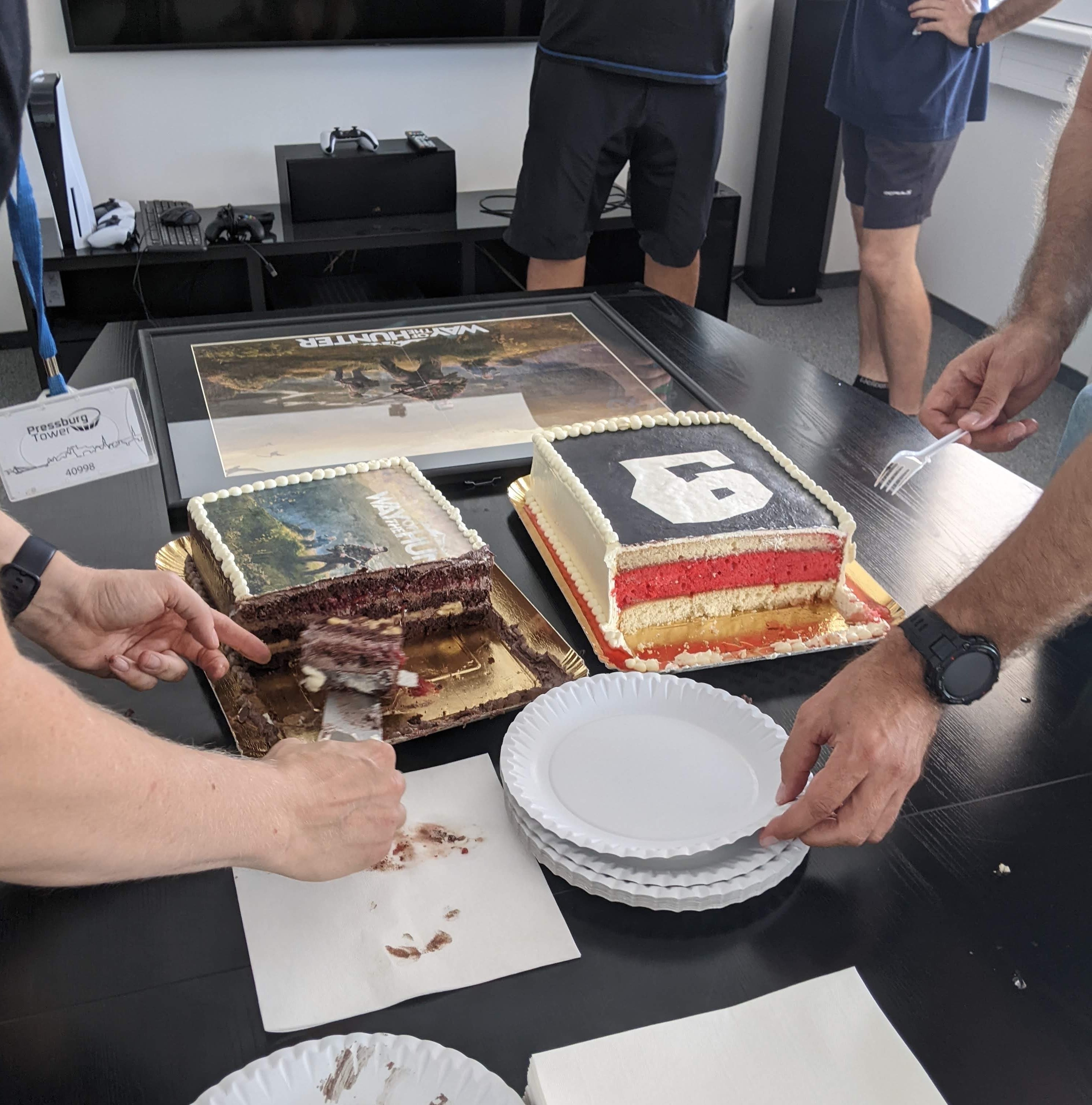 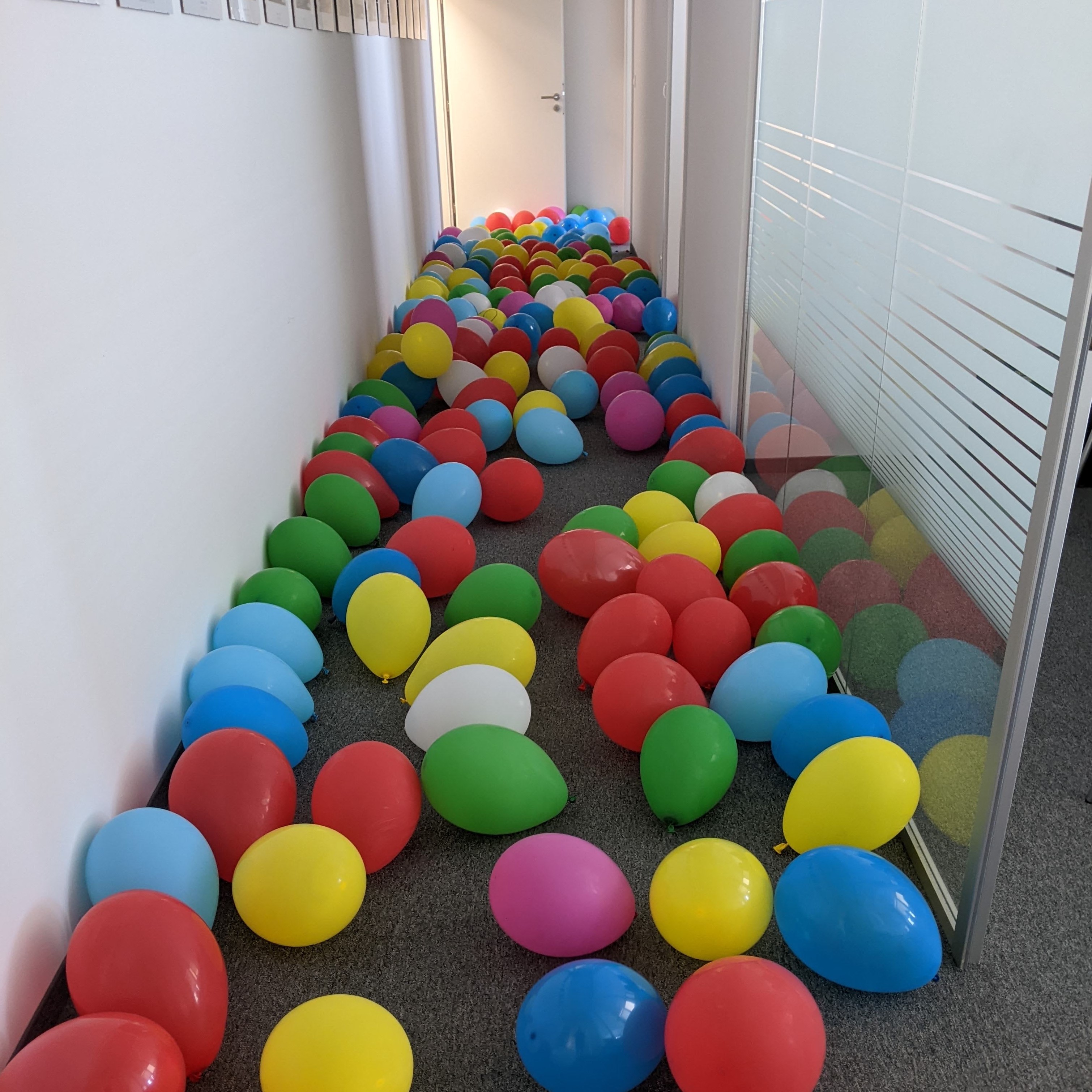 Our team (currently 55 people strong) is an interesting mix of veterans and fresh talent, pooling experience from the Cauldron days (of Cabela's Big Game Hunter fame, but also back-in-the-day cult classics like Spellcross and Chaser), DayZ, and much more. The development process, which began in April 2020, was a true privilege but also an interesting challenge, Way of the Hunter being our first foray into the realms of Unreal Engine 4. But it was, most of all, a rewarding experience and we feel like we have created something special.

We had a vision for a hunting game that would feel authentic, immersing you in sprawling handmade open worlds - a backdrop for animals that look and behave as they would in real life. We wanted to create an experience that would be equal parts relaxing when you explore nature in peace, and nerve-racking when you are stalking a prized animal. Where you will create and live your own stories, and also take in a well-written narrative. It’s clear to us now that our vision has resonated with many of you and we are deeply grateful for that.

2022 was also the year when we finally stretched our legs and showed ourselves to the world at in-person events, starting with the Game Access conference in Brno, Czech republic, where we shared a booth and a beer tap with our close friends and fellow THQ Nordic family members, Ashborne Games. Laughs were had, stories shared, new connections made, and money raised for the good people of Ukraine. Here's to many more! 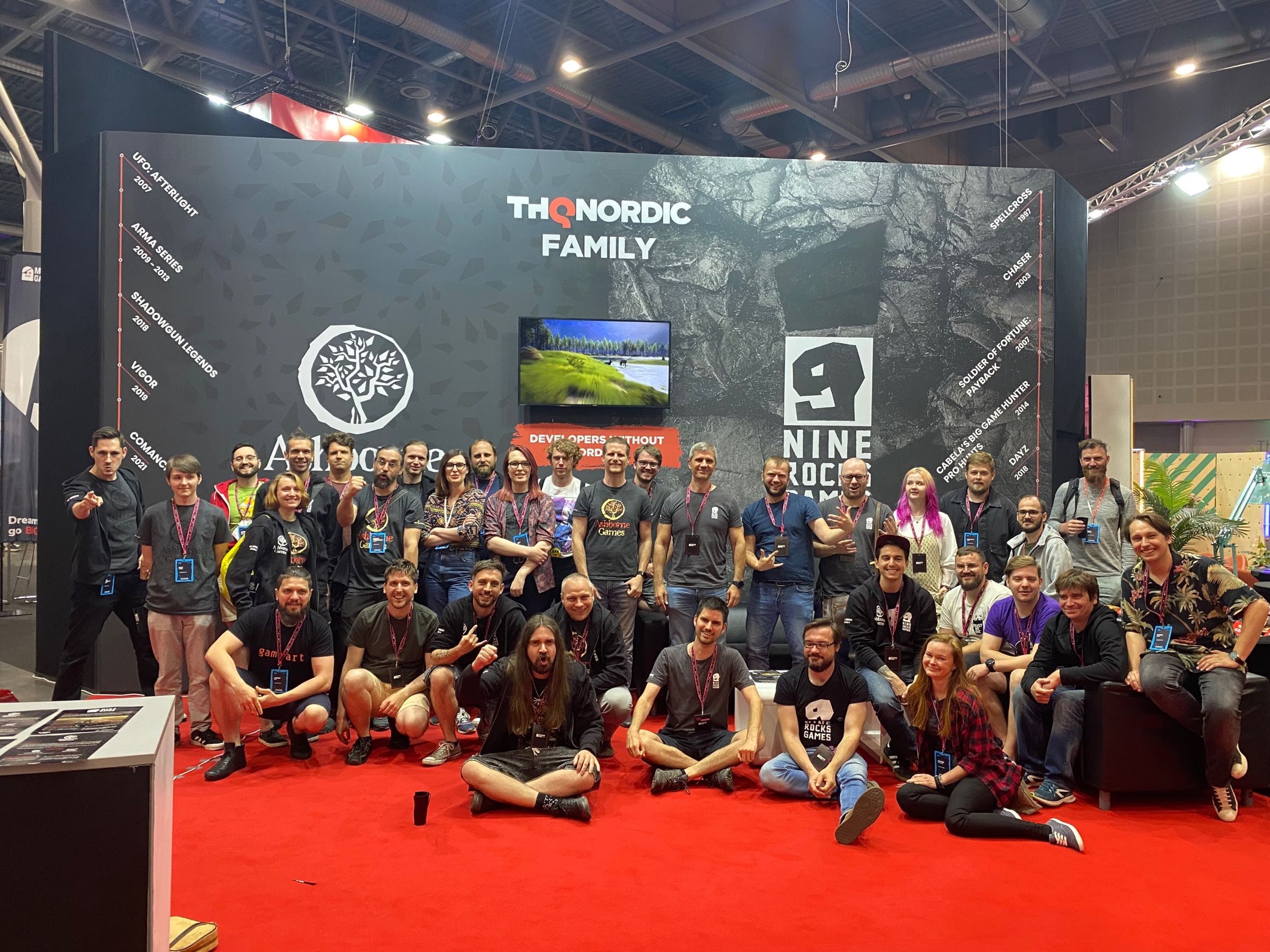 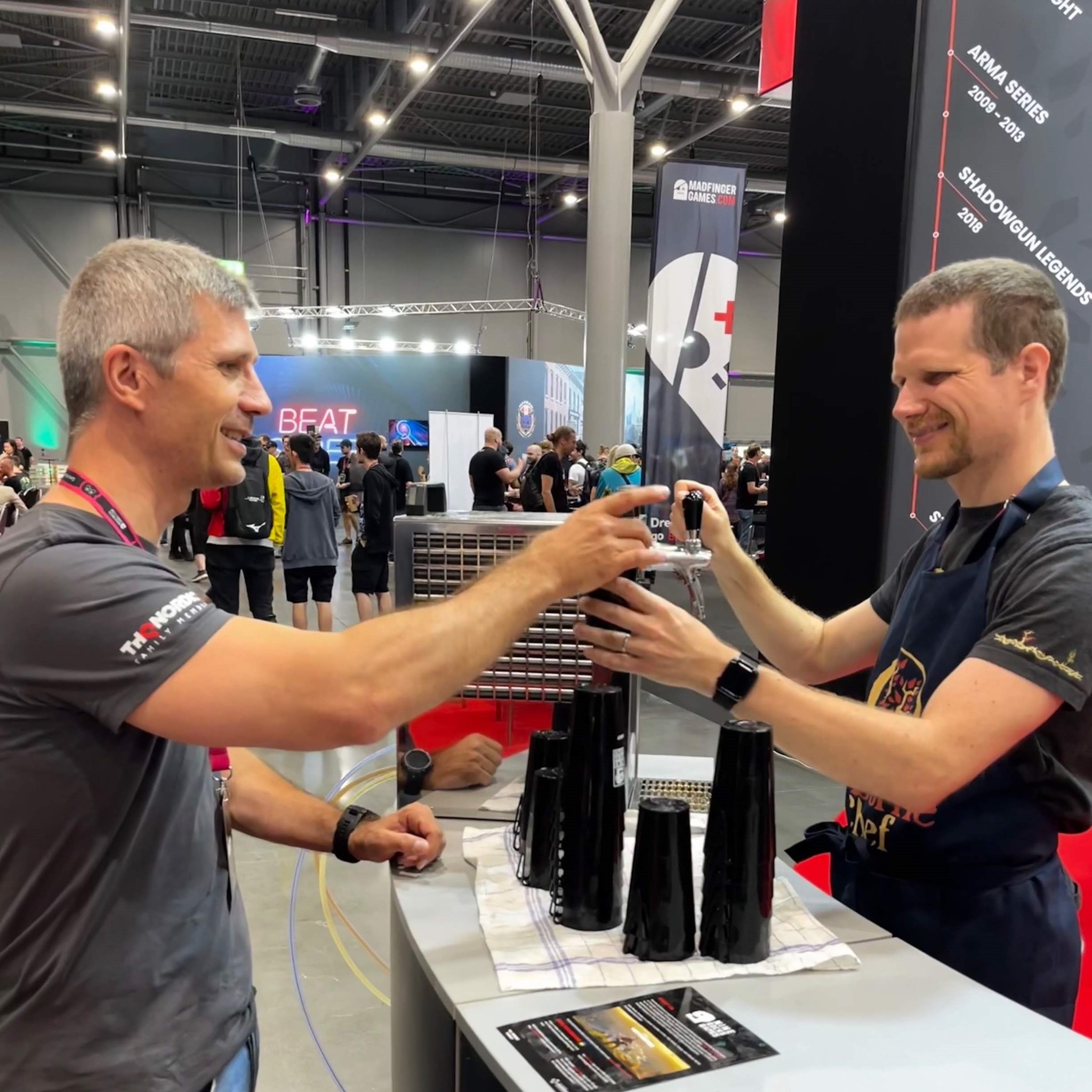 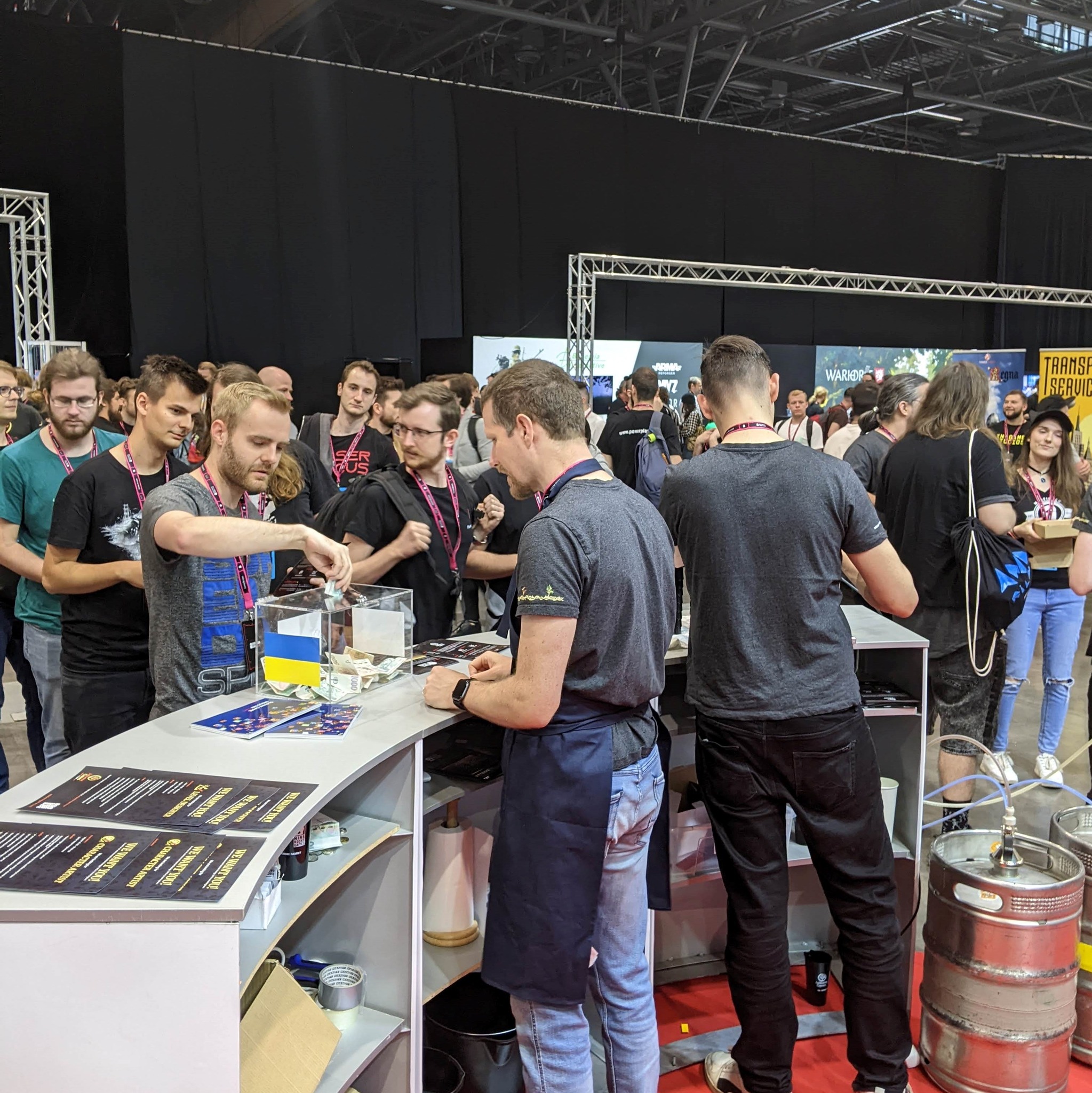 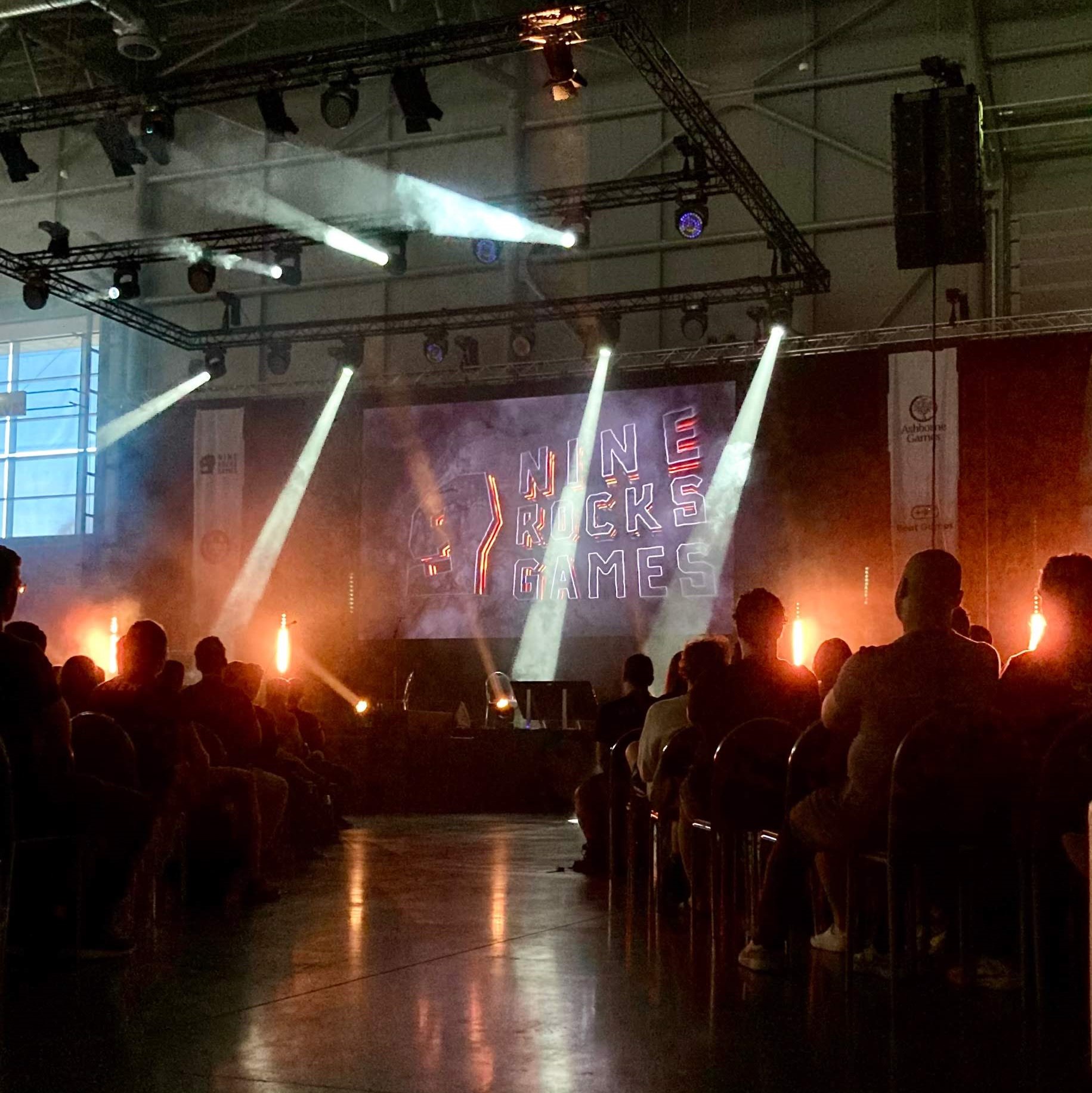 We also participated in our first Gamescom in Cologne, Germany, and made another short trip to the Czech republic (Prague, this time) to attend the Game Developer Session. In collaboration with the Slovak Game Developers Association, our leads held a multitude of talks at local game dev events, we judged game jams, indie contests, and finally made it to the Game Days conference in Kosice, Slovakia. 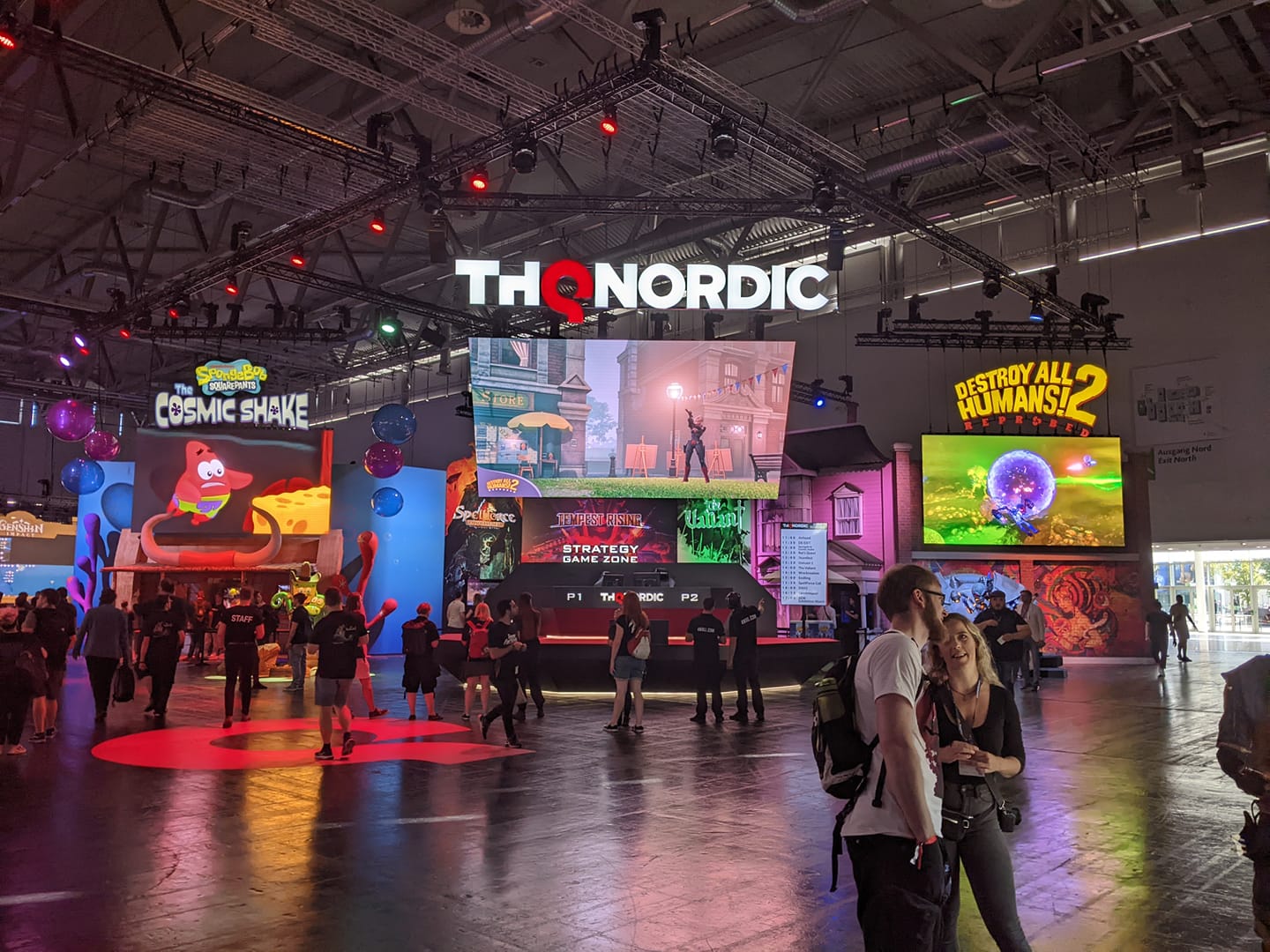 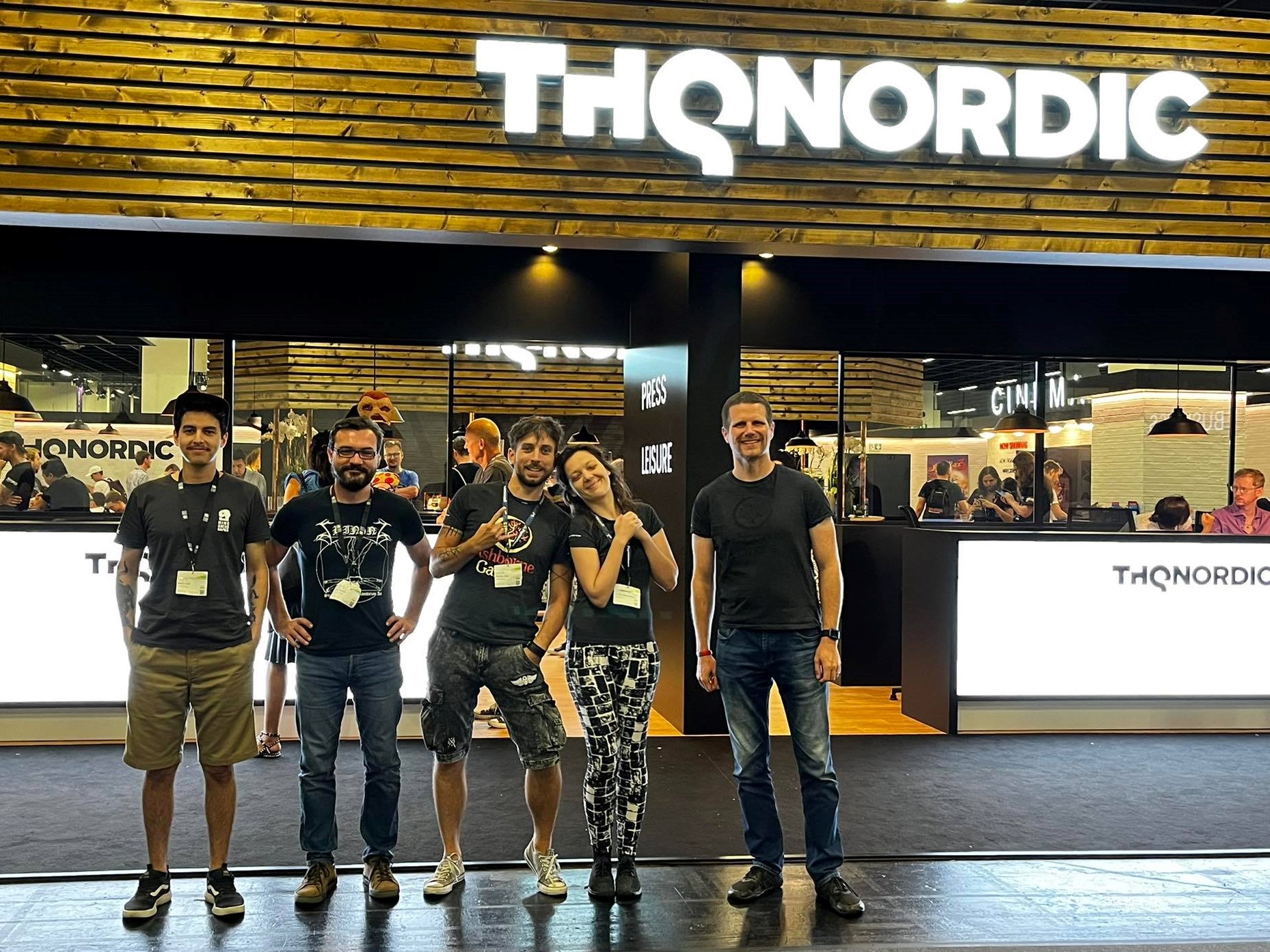 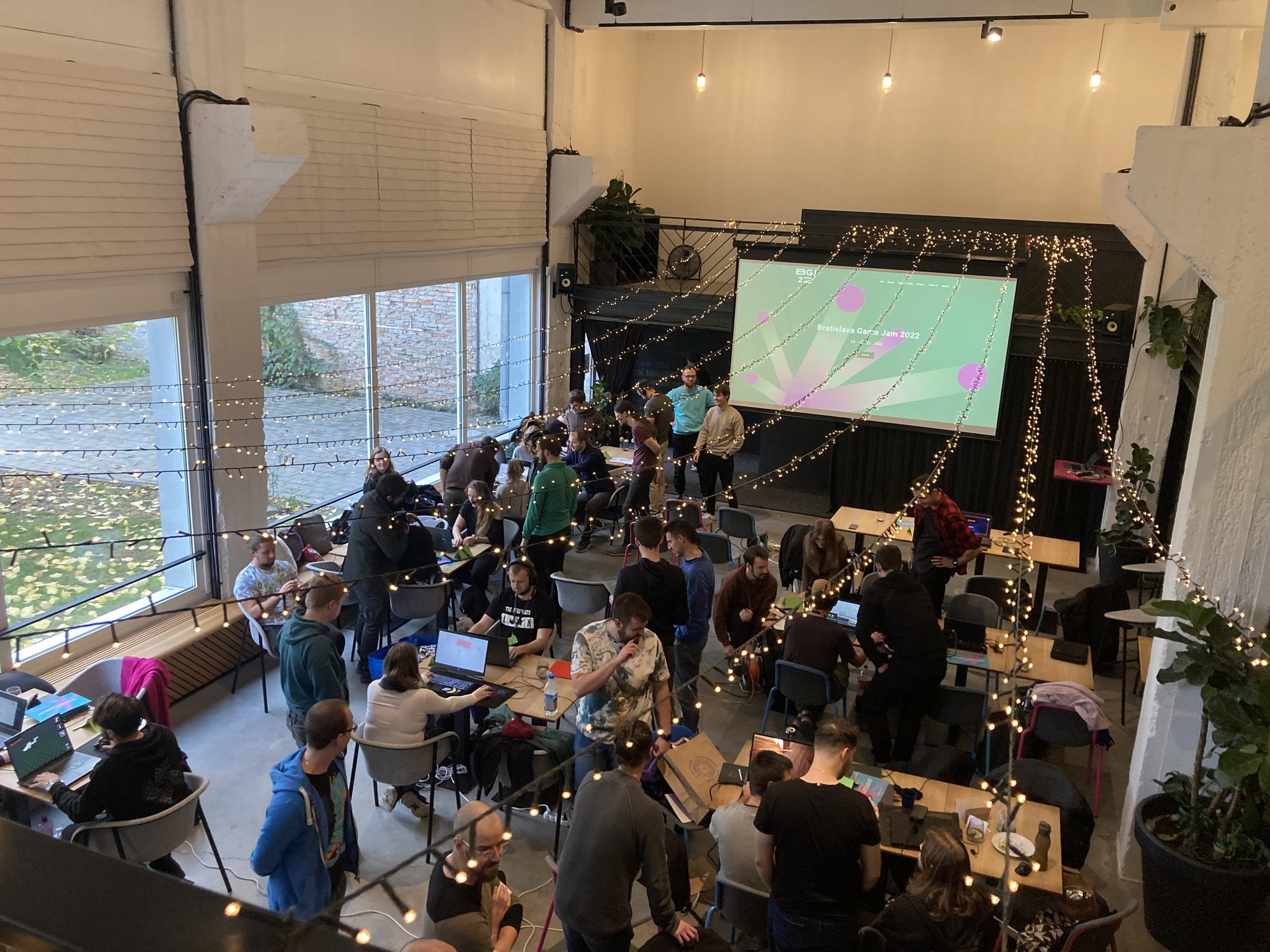 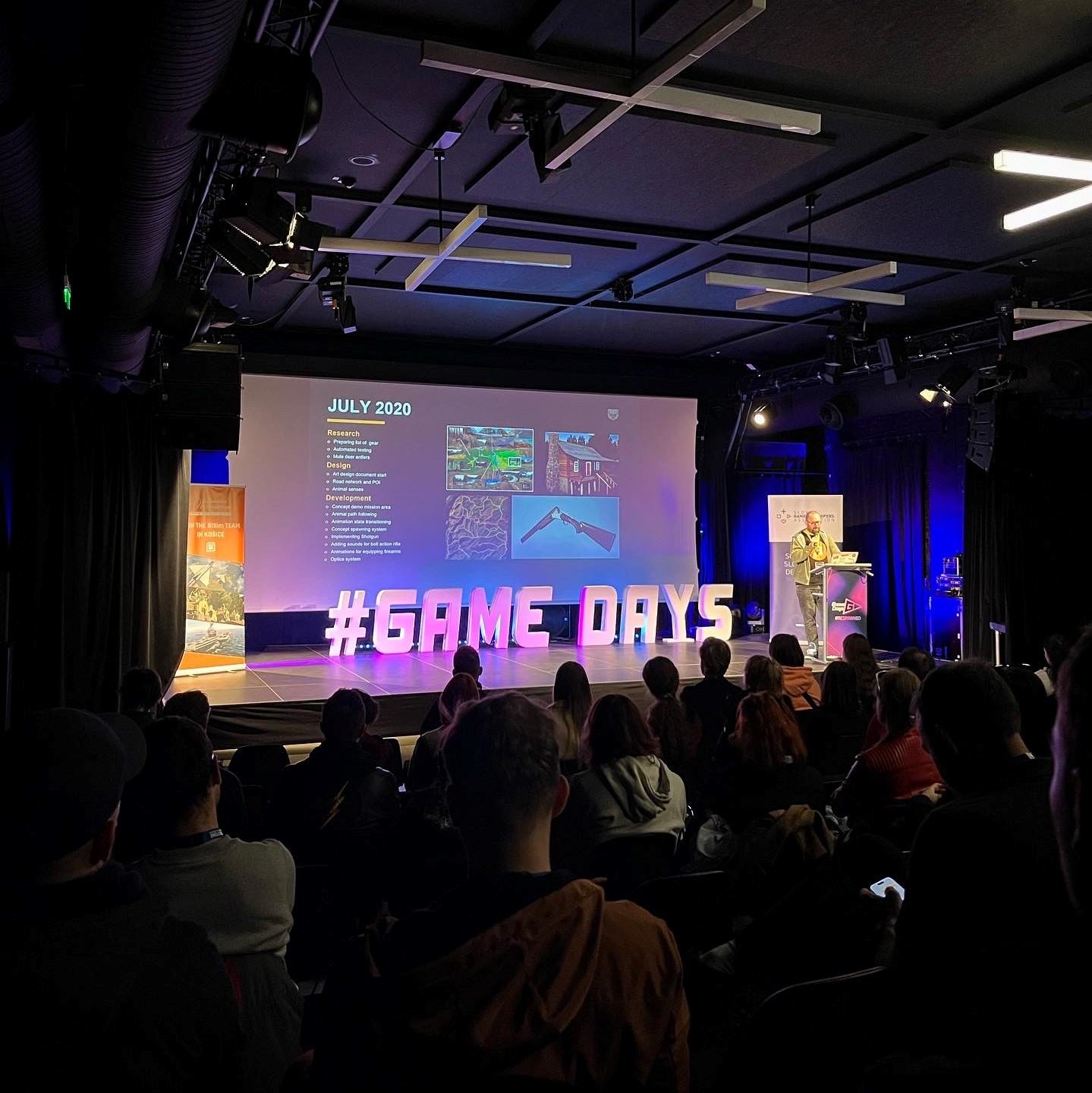 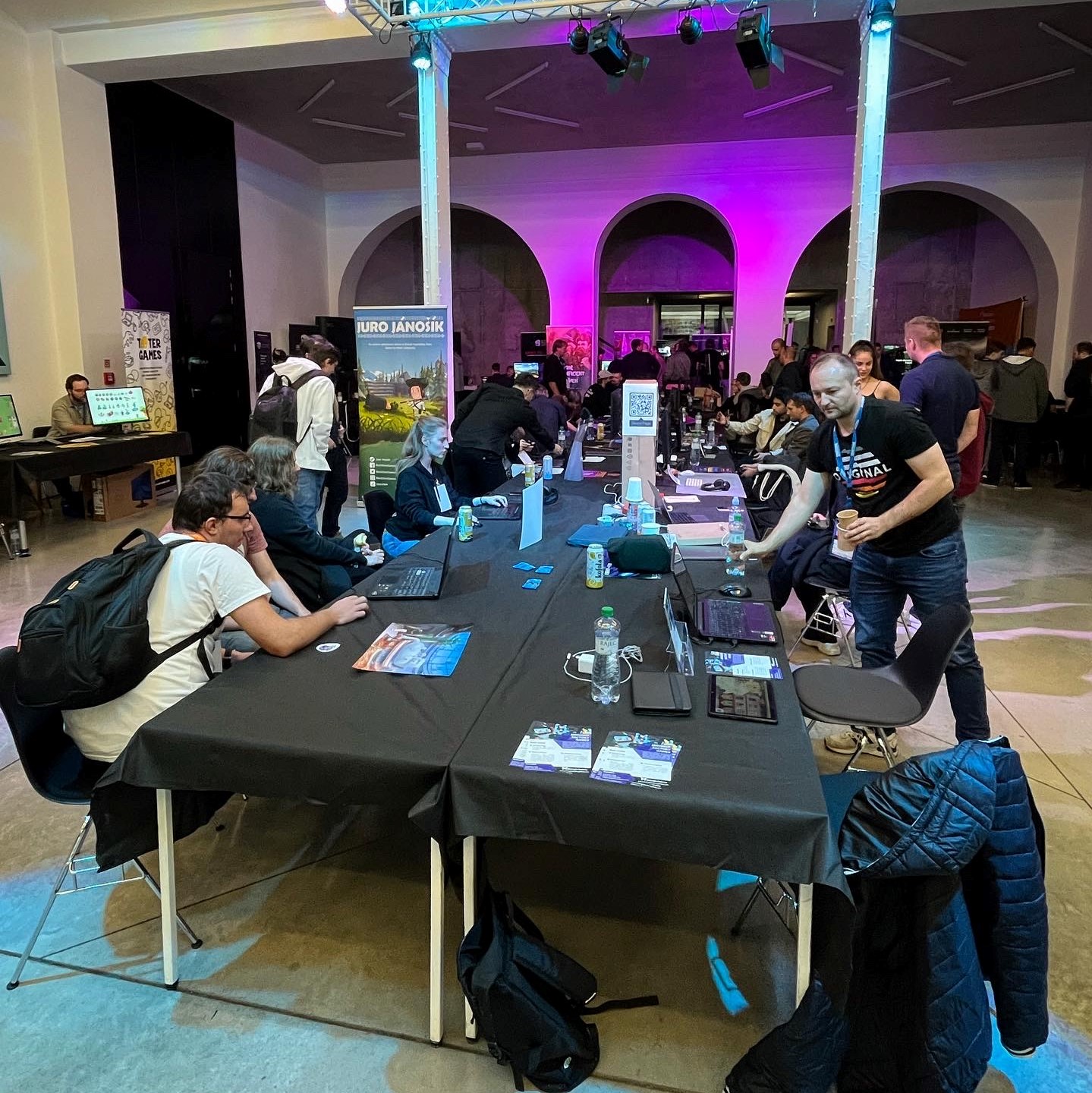 A short while before the release of Way of the Hunter, we lifted the curtain and started sharing Developer diaries with behind the scenes footage, and feature breakdowns. Although that series concluded with Episode 11, we are looking forward to bringing you new video formats in 2023. Stay tuned for that!

In September, we held a studio retreat in the beautiful Slovak mountains, partaking in a bit of much needed R&R, including very hands-on firearms research for every member of the team. When we returned, it was all hands on deck for updates and fixes for Way of the Hunter as we continued to grow, adding new positions in QA, game design, scripting, level/environment design, and community management. 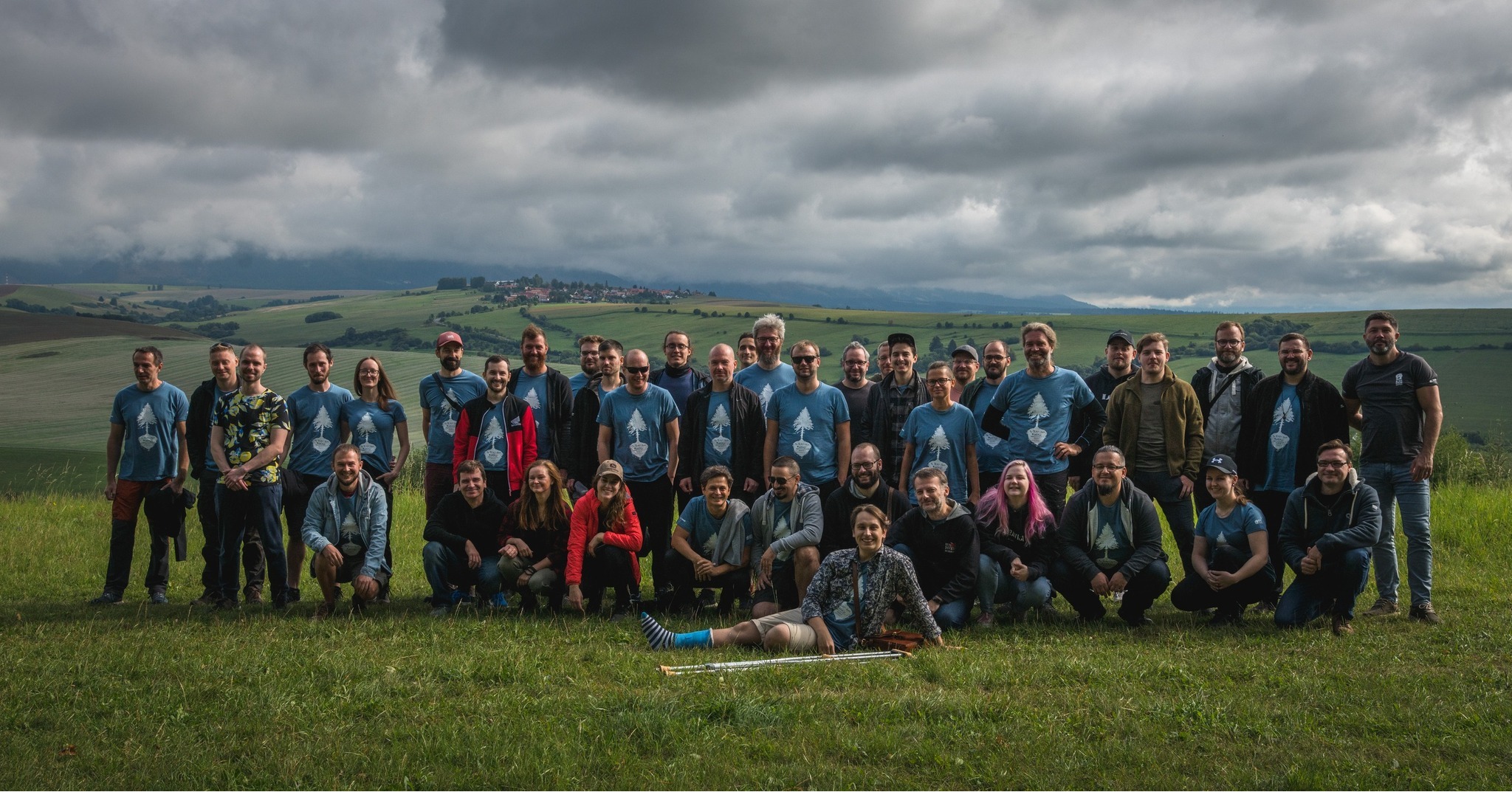 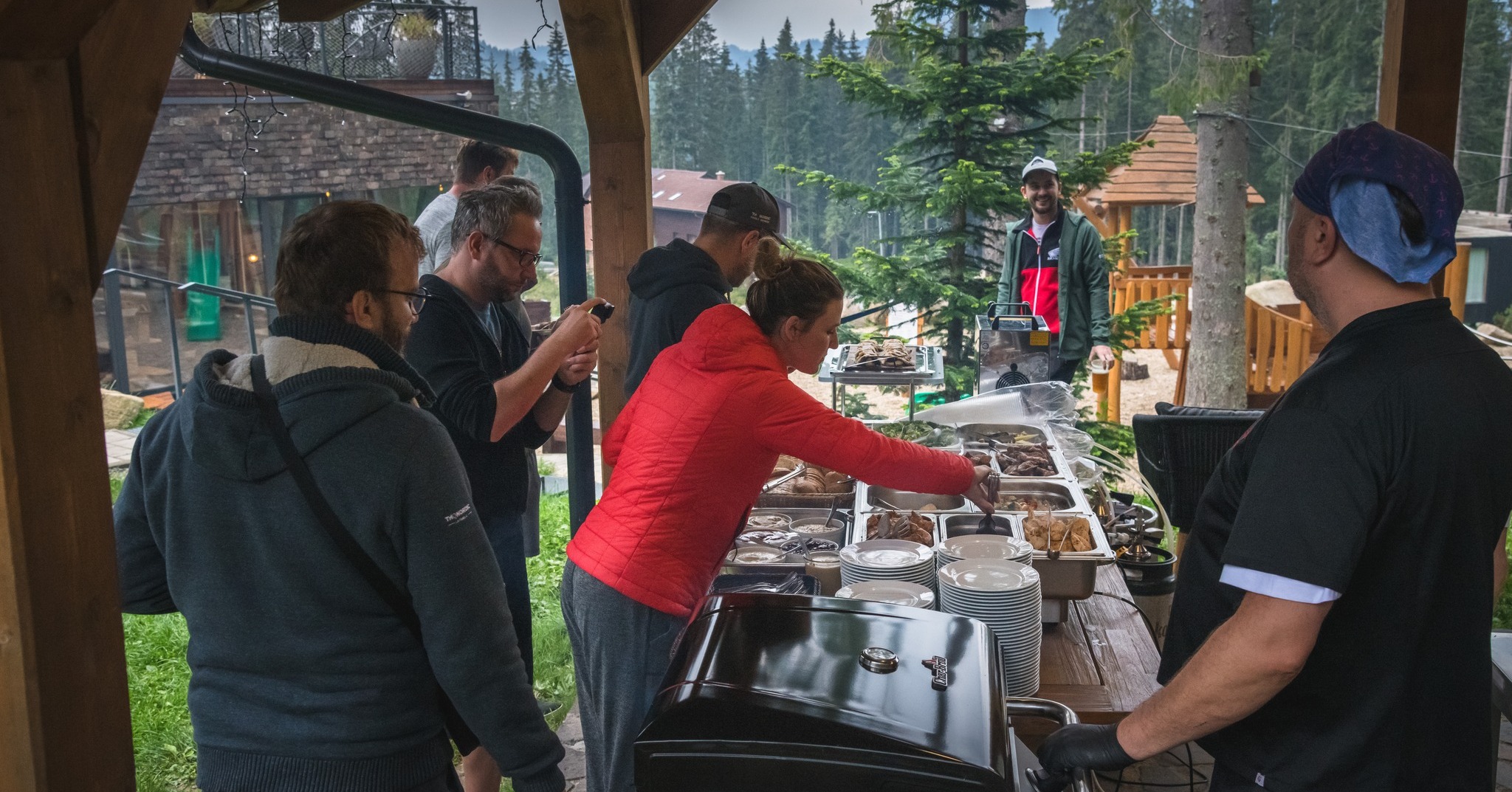 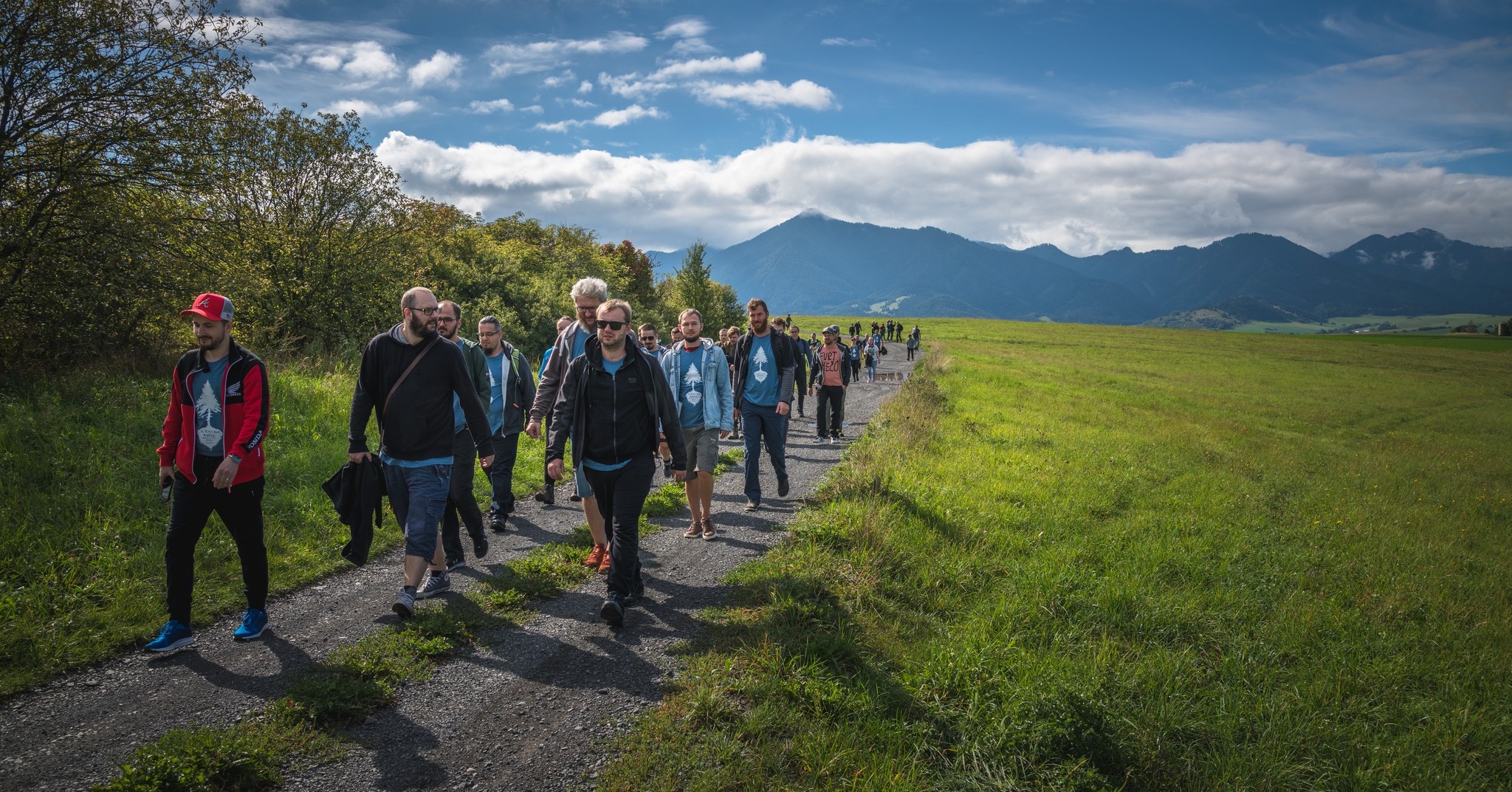 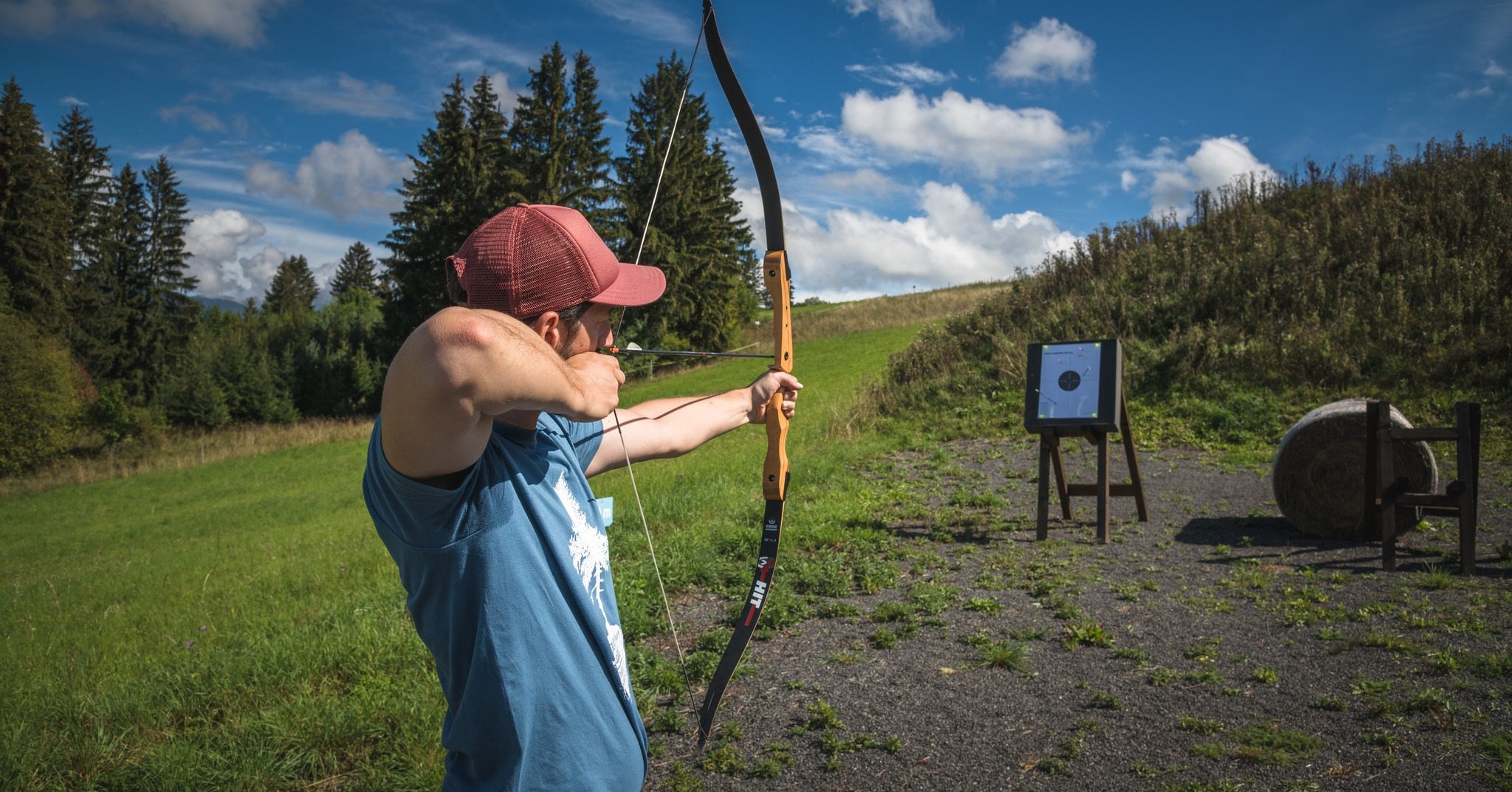 Until today, we have released five major updates (with the sixth one cooking as we speak), adding a bunch of new content and community requested tweaks and fixes:

We gave special attention to widely reported technical issues, such as save issues on the PS5 in the very early days, disappearing animal bodies and blood tracks, and we finally got the ambient audio mix to where we are happy with it. Those of you who would like to tune it further can look forward to a separate Ambient audio volume slider in the not too distant future. We would like to specifically recognize and thank the folks who play early builds of Way of the Hunter on the Development branch on Steam, and who help us find problems in new updates before they go live for all players. You guys are rockstars!

We are also still hard at work improving the multiplayer experience. We have already resolved many issues and added new features such as character selection and ability to advance time, and we are now focusing on the most pressing client-side issues, chief among them problems with harvesting and selling.

You can look forward to the first map DLC soon (Q1 2023) and more during the year, some of which we mentioned in our updated roadmap: 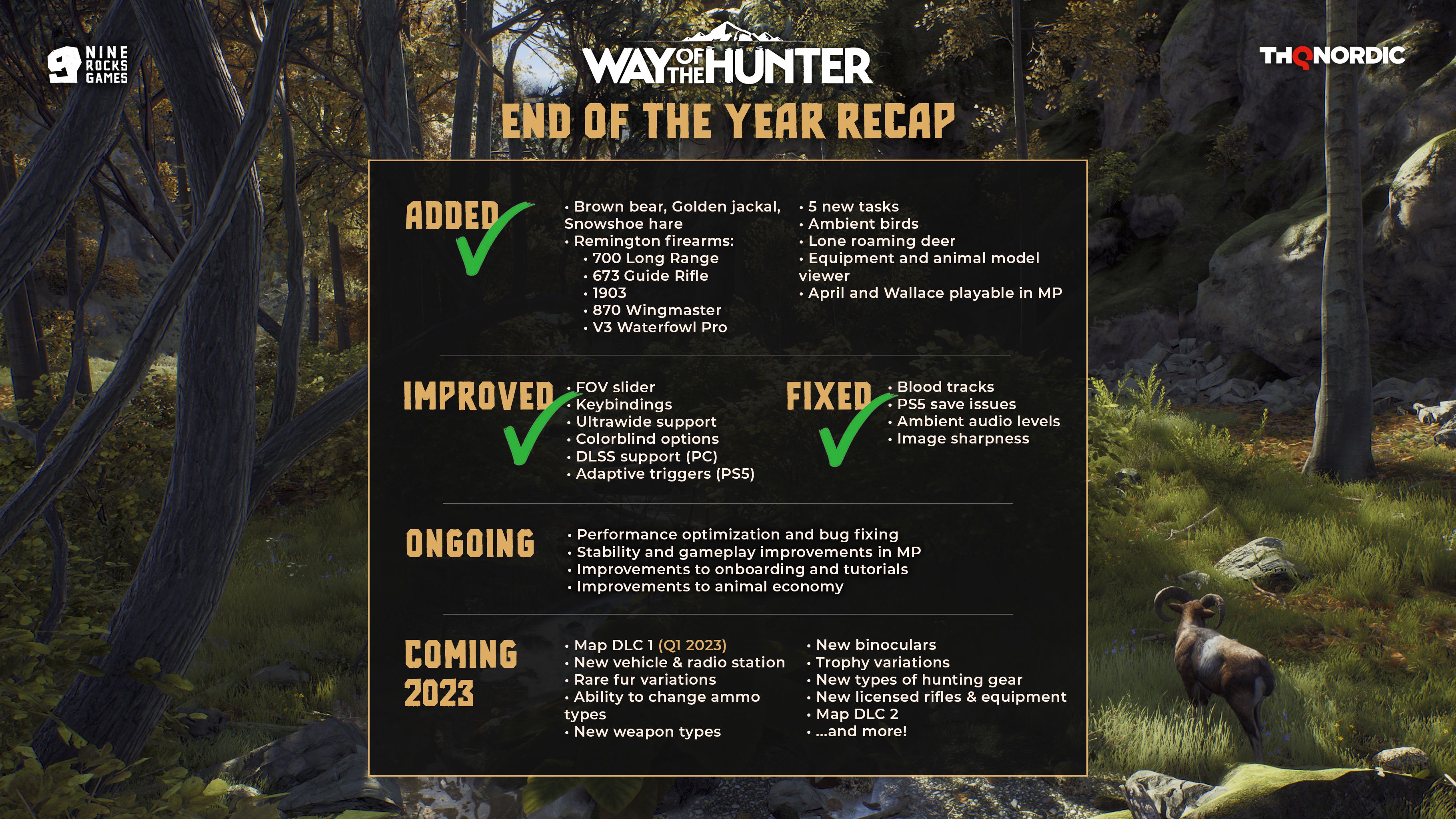 There is a lot more that we want to add to the game in the future - big and small - and your support is making that possible. We thoroughly enjoy watching your let's plays and analyses, we love your screenshots (from photo mode or otherwise) and we deeply appreciate every one of you who spent your hard-earned money to buy our game, and your precious time to play it for dozens or even hundreds of hours. More than that, you have been an extremely passionate and engaged community that is a genuine pleasure to hang out with. 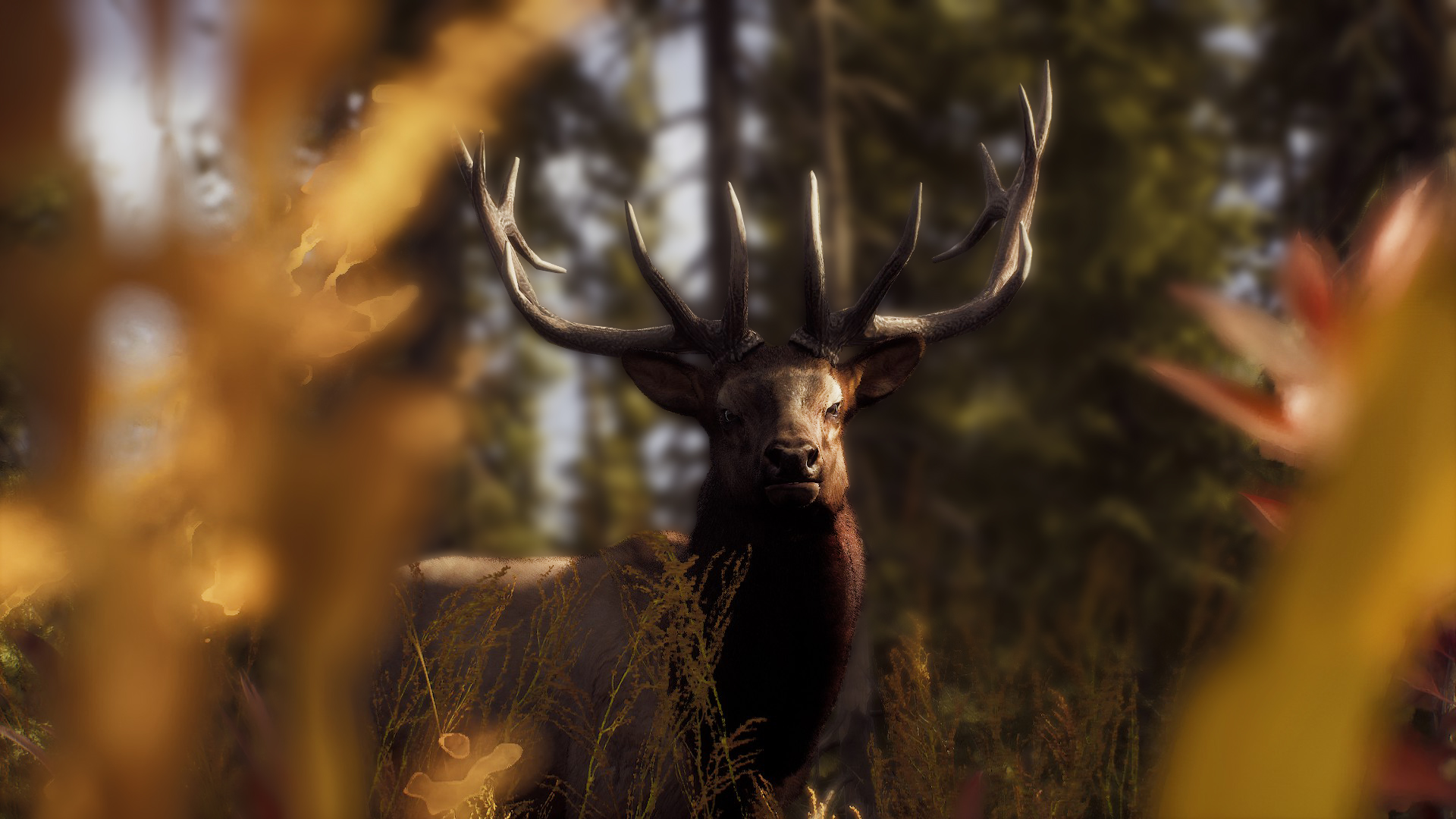 By Karolus via Discord 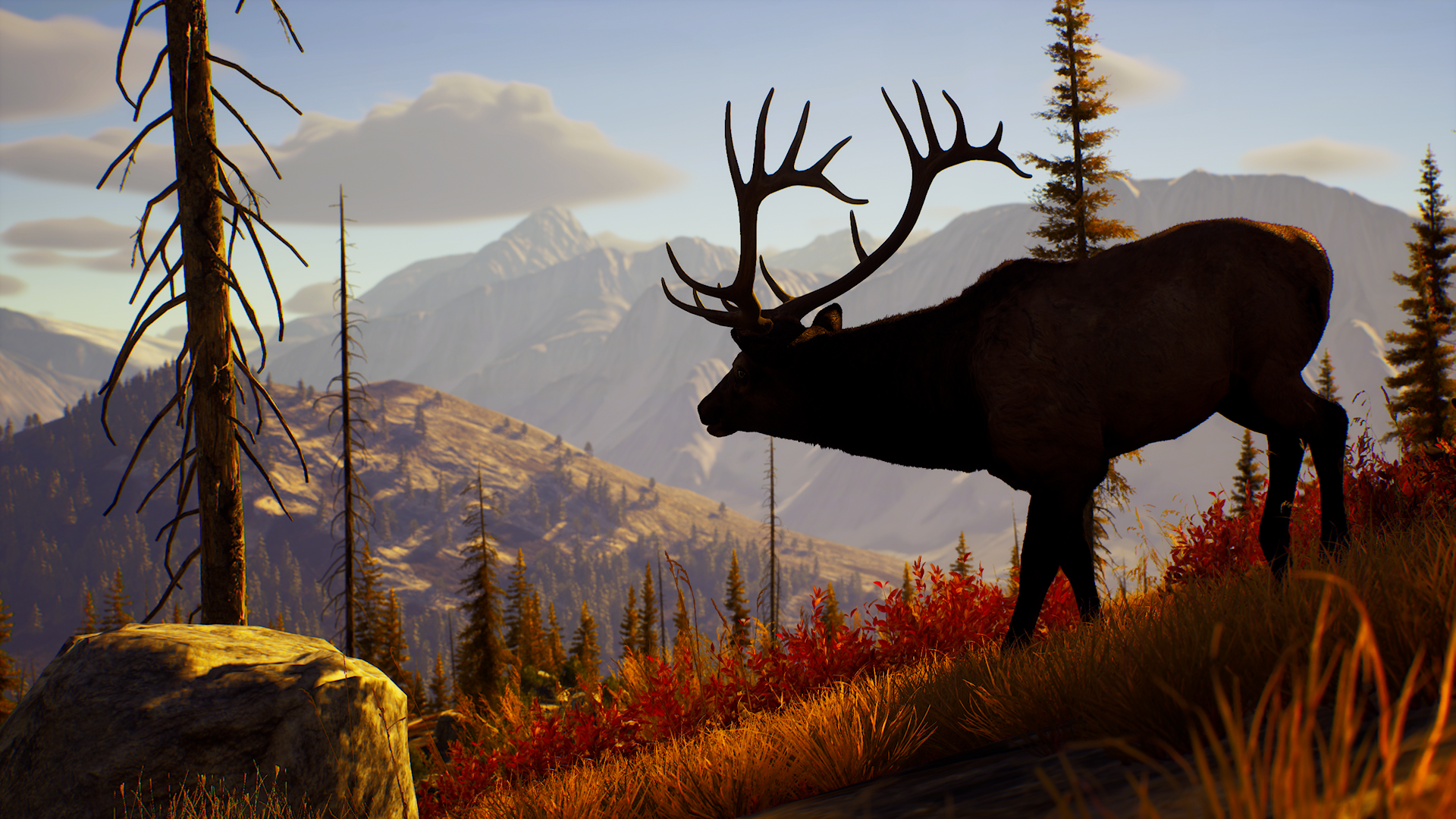 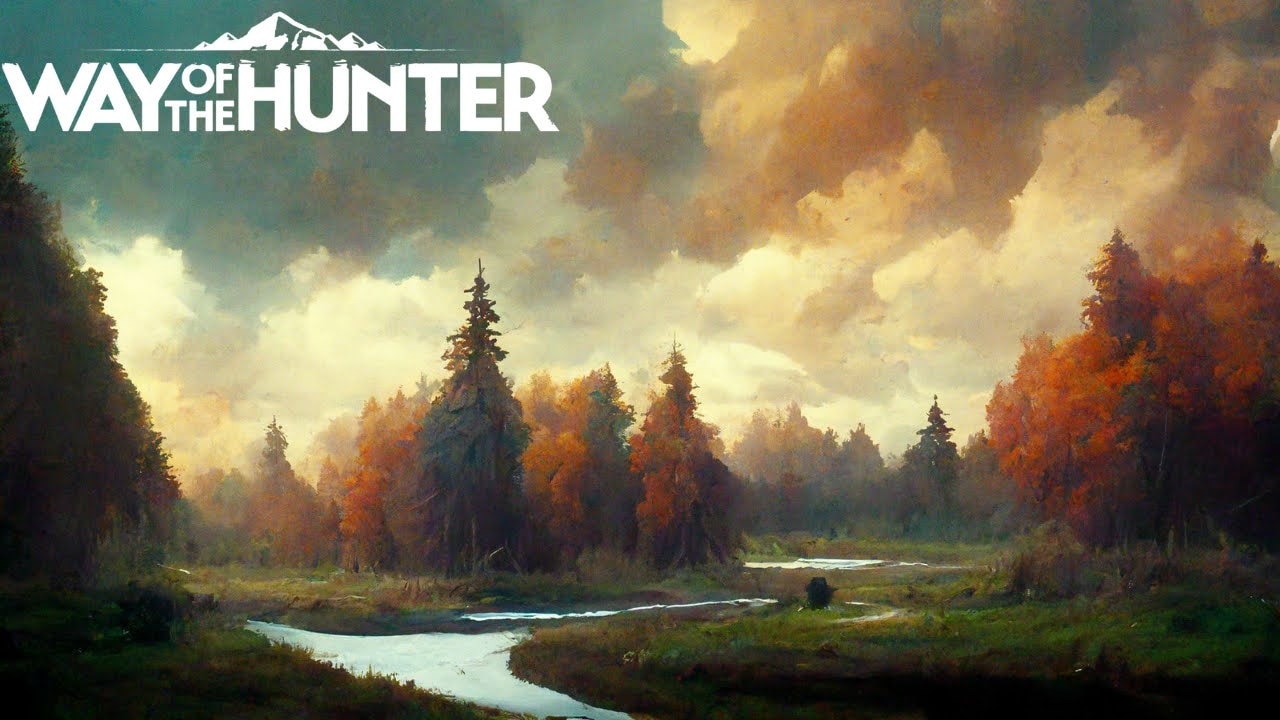 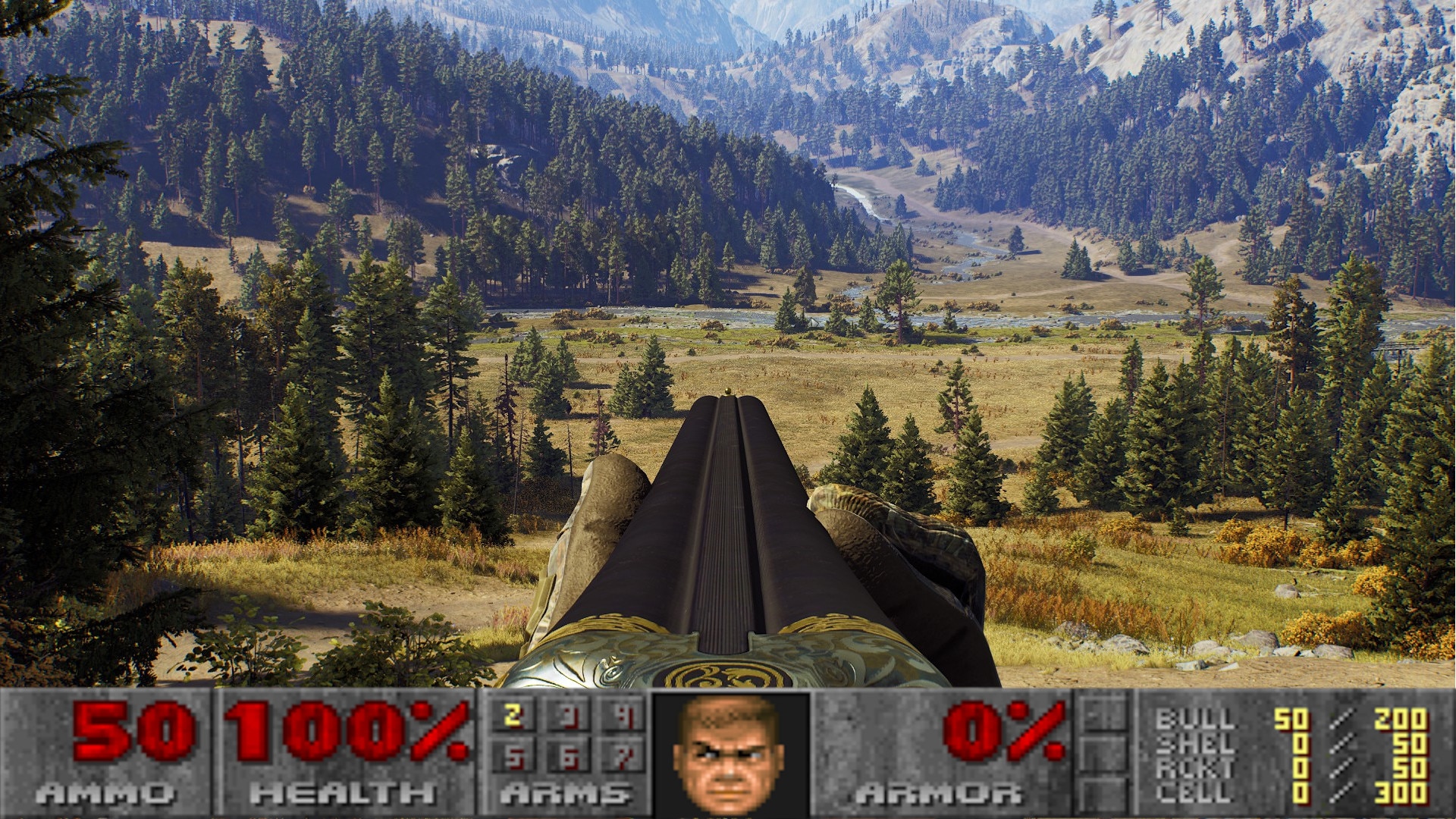 With that, we hope you and yours are having an enjoyable holiday season - perhaps with enough time to squeeze in a few hunts - and have an awesome new year. Thank you for everything and we'll talk to you again soon.